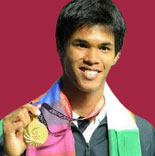 He is India's No.1 tennis player. He hit the headlines for being the only collegiate player to have made to three consecutive finals at the NCAA, winning back-to-back finals in his junior and senior years at the University of Virginia. His achievements include reaching the final of the Chennai Open and winning the gold medal in the men's singles event of XIXth Commonwealth Games. He has also won both the men's singles and doubles gold in the 2010 Asian Games in Guangzhou, China.
Somdev has been awarded the Padma Shri and the Arjuna Award by the Indian government. He is inspired by sport and has experienced firsthand how sport can enrich one's life and open avenues. Instigated by the lack of promotion of sport in India, especially among the young, Somdev's mission for Empower Sport is for it to be the start of a nationwide movement that promotes sport. 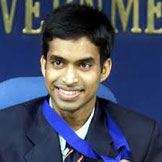 He is a former Indian badminton player. His achievements include winning the All England Open Badminton Championship in 2001 (becoming the only second Indian to achieve this feat). Gopichand continues to contribute immensely to the sport. He has opened an academy in Hyderabad that provides world-class training to young players. The Gopichand Badminton Academy has been producing highly acclaimed international players including Saina Nehwal, P.V. Sindu and Parupalli Kashyap. He has been a recipient of the Arjuna Award, Rajiv Gandhi Khel Ratna, Padmashri, Dronacharya Award as well as the Padma Bhushan, an honour that very few Indians have received.