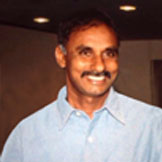 A former national champion and 3 times national runner up, Narendar Nath has been in the field of tennis for the past 40 yrs. As a player, he has been ranked in the top 4 in the country for a continuous period of 10 years. He believes that sport has the capacity to strengthen all aspects of one's personality and is an integral part of character building.
Currently he runs a very successful tennis academy (NVK Academy) which has been churning out numerous national and international players. He has been coach to some very successful players in the country including Sania Mirza and Rohan Bopanna. He has been working with children across the country in the sport of tennis and has been the Indian coach to junior teams at various events over the past 10 years. He is currently the coach of the junior Davis Cup team. He believes that it is the responsibility of sports professionals like himself to give back from their expertise and skill to Indian sport.